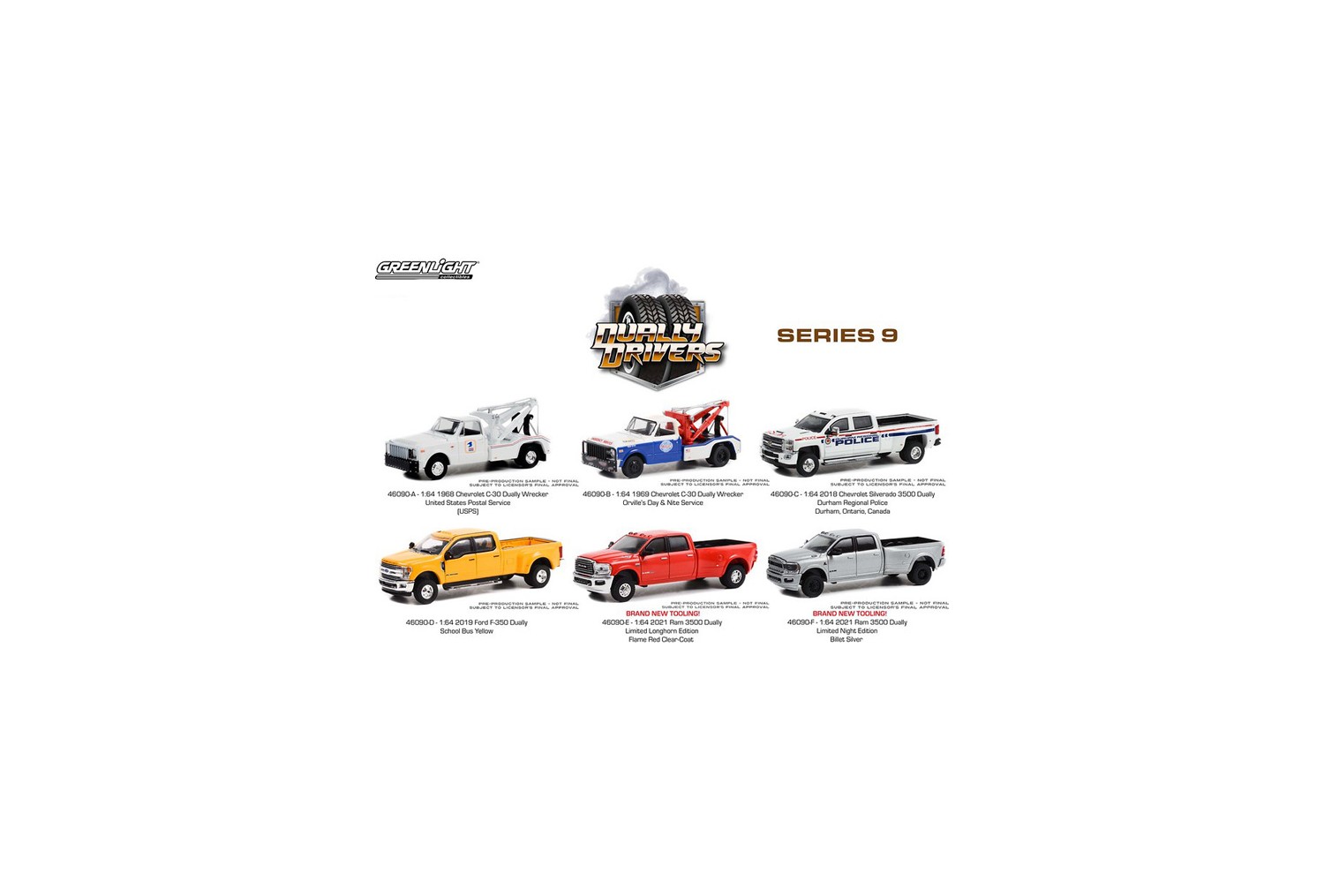 Greenlight 1968 Chevrolet C-30 Dually Wrecker – USPS this solid white wrecker with the USPS logo with red and blue stripes along the back of the dually.  Did the United States Postal Service really need its own wrecker within their fleet during this time period?  Can you imagine the ribbing that the mailman received when they had to call in for one of these bad boys?  I thought that is why most mail trucks were jeeps so they could drive through most terrain.  However, this is a classic because now days everything is outsourced.

Greenlight 1969 Chevrolet C-30 Dually Wrecker – Orville’s Day & Nite this two-tone blue and white cab with a red wrecker pully in the back that has the logo Orville’s Day & Nite with the tow rates and the business phone number for advertising.  I did a little research and found a book called Burnt Offering by Frances Lockridge and Richard Lockridge that reference Orville’s Day & Nite wrecking company that was a family-owned business.  It looks like a nice read.

Greenlight 2021 Ram 3500 Dually – Limited Longhorn Edition – Flame Red is fully flame red color with dark tinted windows.  Now, I personally love the Ram 3500 because I owned one until a deer made the choice to end his life and total it out.  Let me share this little tidbit, the truck was 2006 and the accident happened this past month which it had only depreciated $10,000 from when it was brand new.  My experience it holds its value.

Greenlight Ram 3500 Dually – Limited Night Edition – Billet Silver is fully silver with dark tinted windows.  I was not sure what billet meant; let me share if I’m not alone, “a place, usually a civilian’s house or other nonmilitary facility, where soldiers are lodged temporarily.” quoted from Oxford Languages.  There was one web page that said billet stands for orange and brown mixed together, https://www.crispedge.com/faq/what-color-is-billet/#google_vignette.  However, this is still a gorgeous truck model.

That will do it for this blog.  See you soon with another one.