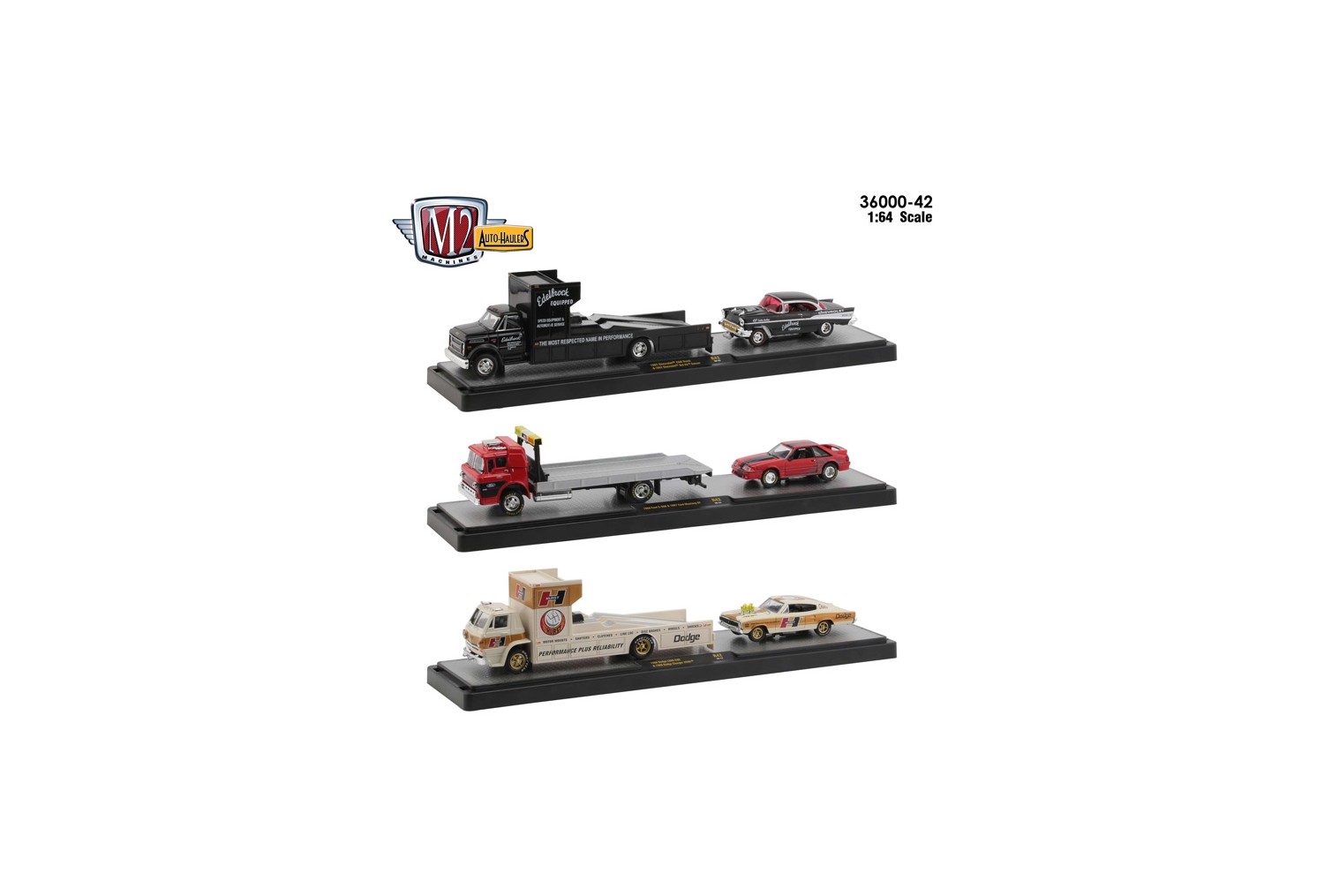 1967 Chevrolet C60 Truck & 1957 Chevrolet Bel Air Gasser M2 Auto Haulers R42 series with the Edelbrock Equipped Speed Equipment & Automotive Service “THE MOST RESPECTED NAME IN PERFORMANCE” advertised in white lettering on the hauler and the Bel Air Gasser. Both the hauler and Bel Air in solid black die cast body in 1:64 scale. Made with real chrome bumpers and rubber tires. This set is stealth like a night pair back when they built Chevrolet to last for a lifetime!

1966 Ford C-950 & 1987 Ford Mustang GT M2 Auto Haulers R42 series with Ford logo with Ford Performance advertised on the hauler. The words Twin Turbo printed on the hood along with thick navy stripe with a thin light blue stripe along the whole length of the Mustang with a picture of a cobra on the side. Both the hauler and the Mustang are in a bright red die cast body.  It has chrome bumpers and rubber tires with the silver flat diamond plate bed. This set is simply a duo without contest!

1966 Dodge L600 COE & 1966 Dodge Charger HEMI M2 Auto Haulers R42 series with Hurst logo on the side along with “PERFORMANCE PLUS RELIABILITY” Dodge. This duo has the same tan all over color scheme with a gold thick stripe down the whole car and along the side. The HEMI is standing tall through the hood all in chrome with yellowing on the tips. The Hurst gear shift logo placed on top of the roof on the Dodge Charger. This duo means full on business!

I must share the disclaimer on the box: Not intended for highway use. Buying one M2 may lead to more purchases & an eventual collection. M2 repaints like no other.

Thanks for reading! Have a great day!