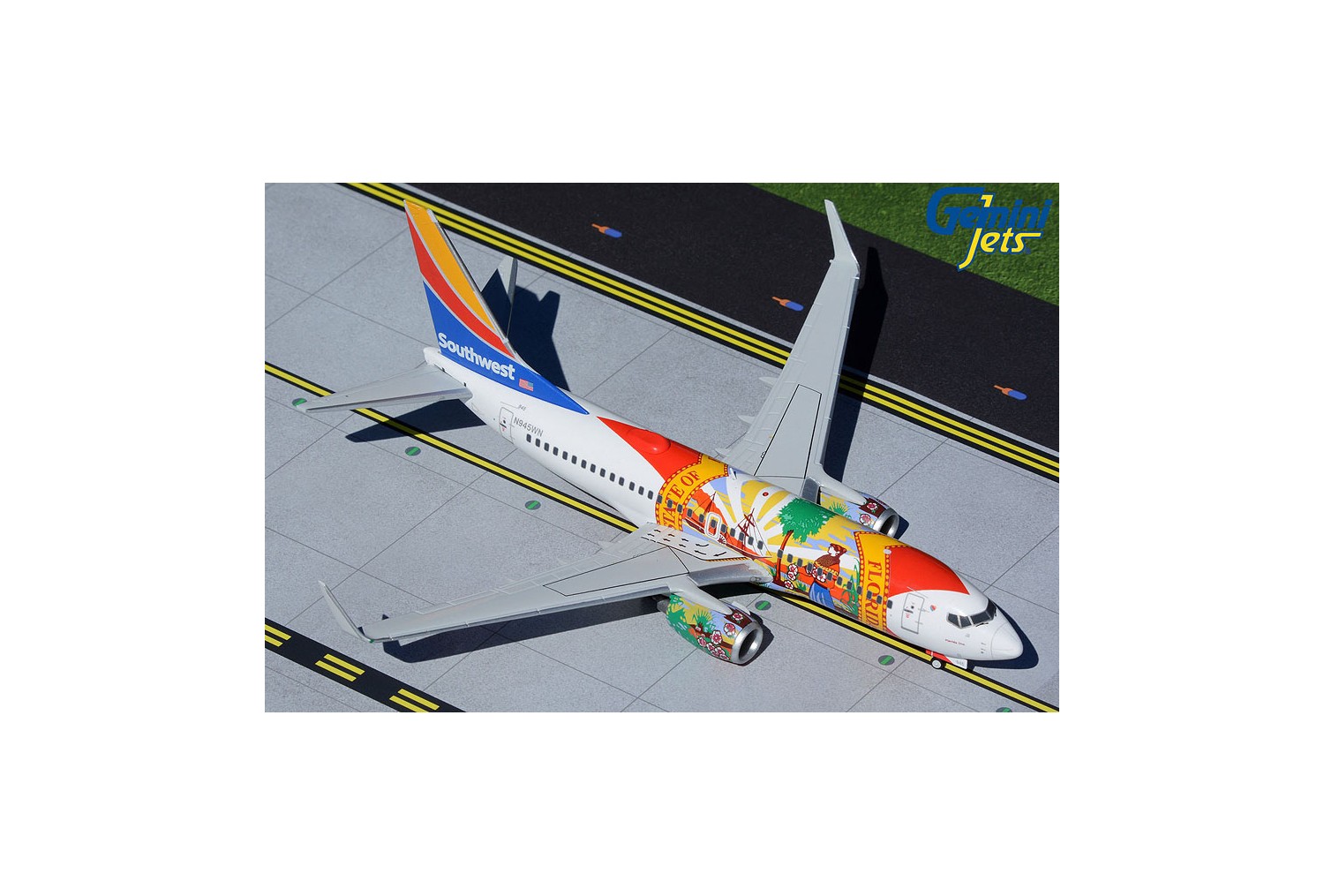 Troy’s Toys, Inc. has been a long time Gemini Jets retailer with a large inventory to choose from 1:400 scale and 1:200 scale collection. Gemini Jets are known for their highest quality precision diecast metal airlines in highly collectible limited editions, with officially licensed markings. Registration-marked packaging is personalized to each aircraft to enhance its collectible value. The newest models recently received are Delta Airbus A321, AeroMexico Boeing 787-9, United Boeing 787-9, Delta Boeing 757-300, Eastern Boeing 767-300ER, and British Airways Airbus A380.  We also have the Gemini 200 series of the Delta Airbus A220-300 and Southwest Boeing 737-700 newly stocked.

Delta Airbus A321 Gemini Jets 1:400 scale die cast model white body with the words in big print that says THANK YOU, with the Delta logo toward the front and the United States flag toward the back. The top tail on the fin with the Delta logo symbol. This is perfect to add to any collection for one of the longest running airlines as of today!

AeroMexico Boeing 787-9 Gemini Jets 1:400 scale die cast model white body with AeroMexico printed toward the front of the model with a red swift line flowing pass the name. The top fin on the back is covered in the AeroMexico logo. This airline was founded September 14, 1934 in Mexico City, where the main hub is located today.

United Boeing 787-9 Gemini Jets 1:400 scale die cast model white body with UNITED printed toward the front and the back top fin in United’s logo. Did you know that United and Boeing was one company…? They were!

Delta Boeing 757-300 Gemini Jets 1:400 scale die cast white body with the logo and DETLA printed toward the front. The back top fin painted with the logo. This airline is headquartered in Atlanta, Georgia and has up to 300 destinations in over 50 countries.

Eastern Boeing 767-300ER Gemini Jets 1:400 scale die cast white body with light gray wings. EASTERN is painted across the front part of the aircraft with the back tail fin painted with the logo. Eastern Airlines was branded as Dynamic Airways before 2015.

Southwest Boeing 737-700 Gemini 200 1:200 scale die-cast model with the State of Florida flag symbol painted on the body with Southwest and their colors painted on the back tail fin. This is definitely one-of-a-kind collectors’ pieces. Southwest is the world’s largest low-cost carrier airline that is headquartered in Dallas, Texas that has 111 destinations in the United states and ten additional countries.

This is only a small fraction of our collection! Please view our website or visit our store to see what other airlines we carry.

Check out the visual video on our YouTube channel: https://youtu.be/GiqLKXHlKO0